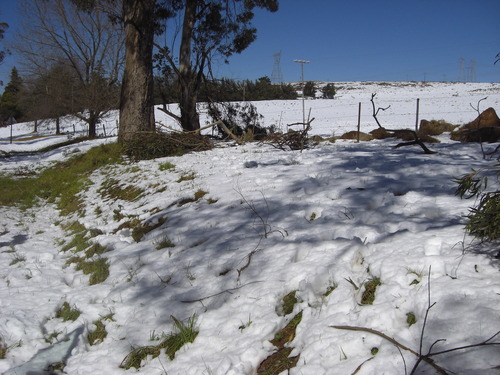 Mont-aux-Sources is a mountain block, forming one of the highest and most spectacular portions of the Drakensberg. It includes the Sentinel, a spectacular wall of 1,000 vertical feet. The high point of the massif is actually an inconspicuous protuberance, but it is important in that it forms the triangular corner where Lesotho meets the South African provinces of Natal and Orange Free State. The Mont-aux-Sources mountain is also the source for three major rivers (hence the name Mont-aux-Sources), which in places plunge spectacularly down the mountain wall. Tugela Falls, for example, is a series of five cascades which tumbles nearly 3000 feet over the east wall. The Mont-aux-Sources mountain is part of the Royal Natal National Park, which has a well developed system of marked trails, and includes many freestanding rocks in addition to the challenging walls.

I LOVED climbing this mountain. Of all my activities in 14 years of living in southern Africa as a child, this was my favorite .. the view, the process of the climb .. love the freedom & the challenge